Assignment
Codesign was commissioned to design Stockholm City Mission’s new headquarters at Liljeholmen, in southern Stockholm. An important aspect of this project was to express the various activities of the Mission within the building.

“The vision of Stockholm City Mission is to create a more humane city. In our assignment we then translated this to “Create a more humane workplace”. We worked to create intimacy within the open environment of the office in the form of various “snugs” and rooms within rooms,” says Johanna Nenander, Architect at Codesign. Most of the furnishing from the previous office was reused in true Stockholm City Mission fashion, but there is some bespoke carpentry. In the middle of the room specialist-built furniture forms a city skyline and fulfils a variety of functions, such as a telephone booth and tables and seats. The seating fabric is even made at Remake – the Stockholm City Mission’s own production unit. 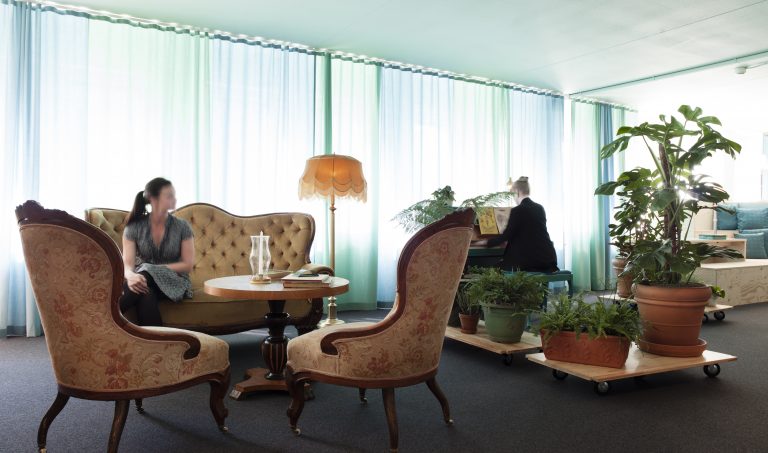 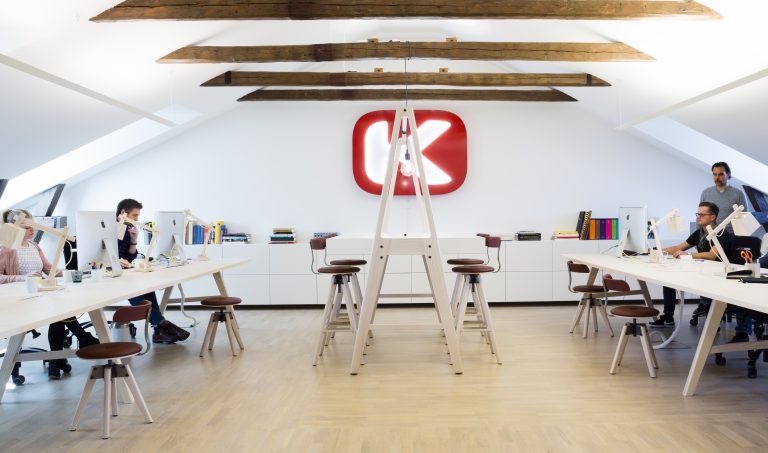 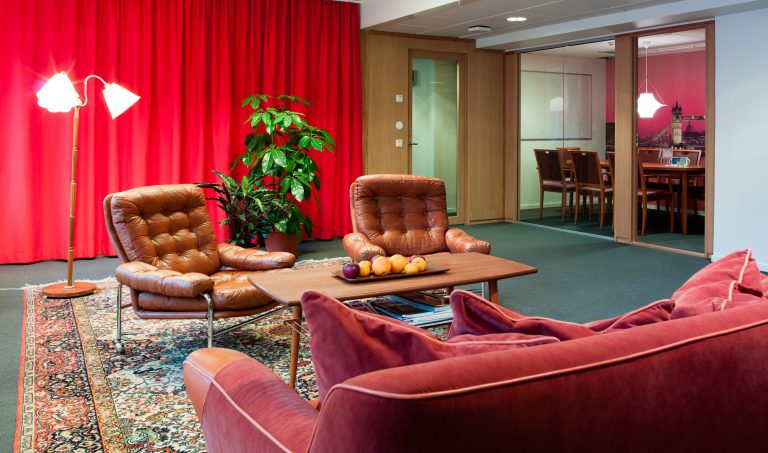